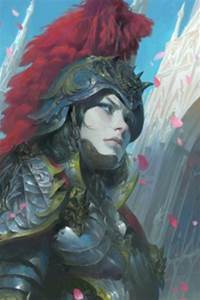 The game of the century, [Satisfy], something thought impossible to achieve in the past era, has now blessed the enthusiastic public desiring to escape reality or explore a new world, and so a new Era was born.

A World of Magic and Monsters, a World where people have to compete for every single gain they would want to achieve in this new journey.

Guilds and individuals alike, regardless of inclinations have this in mind, to be free and explore the world at their own pace. And, while some are hurrying to stare at the rest from the Pinnacle, others simply have their own unique game styles that rarely would make sense with the rest.

Mathias was such a person who invested everything in his own unique gameplay, and even though many had questioned his choices as a waste of time, he still plans his ascent toward the Pinnacle, finding support in an old fragment of the past that granted him with everything one would wish.

Power, Prestige, Looks, Intelligence, one could say he had too much, but only his followers would know how much he invested for everything he had to this day.

There was a saying in that family, a Saharan needs the power to rule over the Empire.