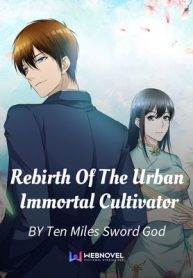 8 1040 47
Author：Shili Jian Shen Type：Male
Chen Fan, the great cultivator, failed to transcend the Tribulation of Heaven: the final stage of his cultivation. Little did he know that this accident would bring him back to Earth and turn back time to five hundred years ago when he was just a teenager.
Subscribe Unsubscribed Read Now Read Now