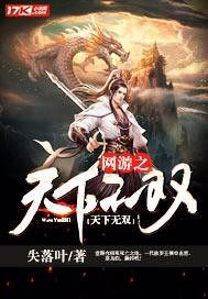 Lu Chen used to be a ranker of the most popular VRMMO game, Spirit of Grief. After a car accident turned his dreams into dust, his disability left him incapable of escaping the pit of mediocrity he was thrown into. Helpless and defeated, his story ended.

Two years later, the Eternal Moon Corporation launched a new VRMMO called "Heavenblessed", and Lu Chen stumbled into another terrible accident that left him in a complicated situation far beyond his ability to handle. That won't stop him from rising to the top, however. Not again.

Come witness the rise of the sword-wielding zombie and the relationships he makes during his journey to the apex! For riches and bi- ahem, for career and love!

He wields a demonic sword from Hell, he dons armor shining with Heaven's light. His boots stride across the sky as his helmet devours the souls of his enemies. On his left side sits the Goddess of Death. On the other, the Angel of Beauty.

From the land of ice and death, a generation of Asura Kings rises, their roars reverberating throughout the world.