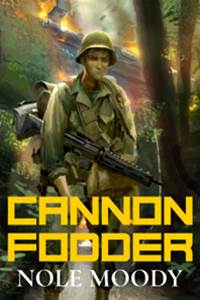 Not even alien scum can take down a squad of US Marines!

When his dad died, Kerry Peters did the one thing he knew would have made his father proud. He signed up for the Marines. After barely making it through basic training and four days after deployment, he wasn’’t confident he’’d survive his first tour.

As a bookworm, he wasn’’t considered a real soldier and most definitely not a hero.

Fate, however, has had other plans for Fire Team One, and when the squad woke up in camp alone, the fight was no longer against the Vietcong … but against creatures from other worlds.

This is a fairly smooth LitRPG story - so will incorporate aspects of RPG and gaming in the writing. The LitRPG side of things is most visible from Chapter 7 onwards.