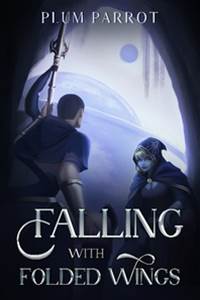 Morgan was a technician upon the Arkship, Pilgrim-9, bound for the Tau Ceti solar system. He wasn't ready for what would happen when the ship arrived. He wasn't prepared for a seemingly omniscient "System" to take control of his life and thrust him into some sort of proving ground. He just wanted to survive, figure things out, and get back to the rest of the colonists, wherever they may be.

What happens when a few thousand humans are thrust into a world with magical Energy and hostile entities with unimaginable abilities? How will Morgan and his friends cope with the trials and tribulations? Will they grow in power, solving the mysteries of their new world and beyond, or will they succumb to the many forces aiming to impose their will upon the newcomers?

This LitRPG serial will follow the lives of Morgan, Bronwyn, Olivia, and others as they work to survive, explore and grow in a fantastical world.