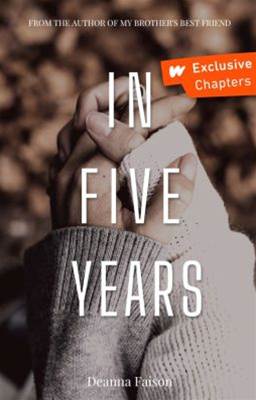 8 394 47
Author：DeAnna Ingraham Faison Type：Male
Seeing an ex again after three years who you thought was going to be the love of your life is awkward enough, but when they bring their new girlfriend to your family's Christmas party? Two words: total. catastrophe.
*********
Maddie thought she and Cameron had figured out the five-year plan. After they decided to end things back in high school they had made a pact: in five years, they'd try again. Being in different states for college, she didn't think she needed to try and avoid seeing him, but when she's able to get a last-minute flight back home for the holidays, she finds herself in for a rude awakening: not only was Cameron invited to her family Christmas party, but he brought his new girlfriend, too, seeming to have tossed their five-year plan directly out the window.
- This is book TWO of the Hidden Attraction series-
My Brother's Best Friend
In Five Years
The Perfect Timing
Subscribe Unsubscribed Read Now Read Now