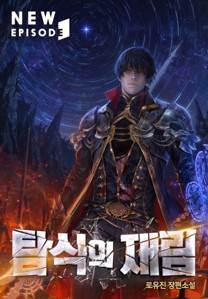 “The son of god Gula has returned.”

I was lost in the world of gambling.
I turned my back on my family and even betrayed my lover.
I wasted every day of my life.
It was the life of trash.
The reality told me thus - that I would amount to nothing no matter what I did.
In order to change my pathetic life, I chose fantasy, instead.
Even then, it was the same story.
I wondered if salvation would come at the end of the long road.
But, I was forced to kneel down in defeat in front of a powerful entity.
The tower I built up with my own hands crumbled into nothingness.
Just for once, I dearly wished to know the truth about myself.

I will not hold back this time.