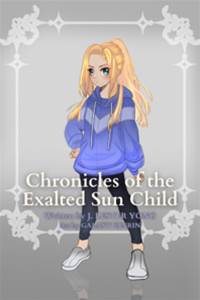 The plane of Rumiga, frontier of the Eternal Empire of the Righteous Order, one of the myriad planes where many sought to live in peace, but the eternal threat from the Chaos Sea threatens their way of life. Only the powers of their soul, their Anima, allows them to fight against the monsters spawned by the infinite potential of Chaos.

For most of her life, thirteen-year-old Yuriko Davar wanted nothing more than to follow in her father’s footsteps. When her training reveals a Heritage no one could recognise, she finds herself having to rely on her instincts so she can learn more about herself and the ancestor whose Heritage she received.